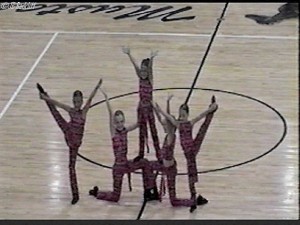 Coddling kids from competition is the opposite of stage parenting. Coddling is appropriate for your toddlers and infants, but as students age and are dancing before live audiences, parents and directors tend to lean one way or the other with their protectionism. It’s a wide scale between coddling and being a stage parent, and somewhere in the middle is the preferred zone:

This article is not about the issues of safety as much as it is the issue of over protectiveness to the point where the student is afraid to perform at their peak level. I’ve seen both sides, stage and coddlers.  With coddlers I’ve noticed some very unique characterizations.

Understand that most are NOT this way, but you have a few that just smoother their child and/or an entire studio. Here is a list of some of the more extreme things you might encounter:

1. Withholding their child from team photos or videos
2. Demanding other parents remove images or videos from reputable dance websites, bulletin boards, or news paper submissions (parades, recitals, championships, trophy award ceremonies, etc)
3. Demanding costume changes
4. Demanding music changes
5. Denying a child the ability to compete in solo’s because it isn’t beneficial for the child to have to be challenged in that way.
6. Pulling child from a performance when they feel other children are at an advantage in positioning
7. Pulling child from team competition when they feel other children (team) will win, and they don’t want their child to suffer loss.
8. Unwillingness to work with other team parents – complains constantly and then wants to remain anonymous.
9. Scheduling a family vacation during recitals or competition as a means of avoidance
10. Alienation or attack attempts toward well known professionals in the dance community

I understand that these are extreme, and you could probably come up with a host of reasons why some of them  might be warranted in certain situations. However, when you have adults who are constantly dictating the morality of a child or a team, let alone an organization – pretty soon people will lose faith in the direction you may be going. You have to show that leadership is real.

Parents who are new to competition are on average coddlers. New directors too! I understand the apprehension, and the need to withhold. Everything is new, and you just do not have the experience necessary to deal with the spotlight yet. Doesn’t mean it can’t be gained.

I’ve seen it year-after-year; the first year mom and pop studios who come to competition with the idea that they have it all under control, only to find that they really don’t. They probably have an untrained staff as well, who have very little, if any competition experience. They stick out like a sore thumb.  In these instances, there is a lot of wavering in the stands amongst parents and students. It’s almost instantaneous in everyone’s mind –  you failed to train them properly and you led them there. The burden is on your shoulders. If you think you know it all, and you refuse to listen to professional advice, then all anyone can say is  “welcome to competition”.

It’s rare to see first year studios on top unless incoming leadership already has a competition background, and they know what to expect, and how to train their students. The real winners have their photos in the news paper, on the web, and posted on bulletin boards – with the winning  trophies beside them.

Mom and pop’s have a lot to learn. The first lesson is, hire people who actually know competition, have studied the genre of dance you will be performing, and have a background in the “winning circle”. Learn from them instead of waving them off with a swish of your hand.

Let me use an example: When football teams search for new recruits, they are looking at the quarterback’s not the waterboy.

STOP coddling your team! Grow up your studio or school team,  by making better choices. Allow those people who know how to teach – to teach. Get out of their way, and respect what they have gone through to get there.

Here is an ideology to  live with “I don’t need your permission to be successful”. Coddlers do.

Posted in business | Comments Off on Coddling kids from competition
Tags: coddling, competition